How to write more powerful emails

Designer and illustrator Dani Donovan recently created nine tips to help us all communicate more clearly and effectively in the emails we write.

Dani tweaks the things we tend to write most often in emails, rephrasing each to make them all more powerful and direct.

The result? Big changes in how we communicate—and how others perceive us. (And, Dani says, in how we view ourselves.) I talk about ridiculously good writing in my own email newsletter. (Subscribe here.) And Dani’s chart is a good visual reminder that words matter:

How you frame your thoughts affects how well you’re understood. It also affects how people perceive you.

Dani’s chart also made me think more broadly about ambiguity in email.

Because as much as I love email (and perhaps you do, too), it also lends itself to being misunderstood, more so than most writing.

Why is that? I have a few hunches.

Hunch #1 is that email tends to be ambiguous because of its immediacy: Most of us dash off an email without a lot of forethought.

Hunch #2 is that nuance in email is often impossible to convey. I dislike the advice to “write like you talk,” but I especially dislike it for email because what you can easily communicate face-to-face gets lost in email.

Hunch #3 is the most important, so I’m dropping it here in all caps: TOO OFTEN WE DON’T PAUSE BEFORE WE HIT THE SEND BUTTON.

We skip the step I talk about in Everybody Writes to take a beat. To re-read what you’ve written.

But: Read as the recipient.

Swap places with your reader: Be a skeptic of your own words. Get out of your own head. Step into your reader’s. Read your email through his or her eyes—from the recipients’ point of view.

As you do so, ask yourself five simple questions:

I’ve been noticing and recording ambiguous emails that have dropped into my own inbox. The awkward sentences, the unclear subject lines, the emails that make me try to guess … what’s being asked of me here?

Let’s live-edit these actual emails from my actual inbox together, okay? The goal is to remove the ambiguity and add clarity.

What I read as a Subject Line:

What I should have read:

Why: Tell me what I need to do with this proposal. In this case, I needed to read and comment on it prior to a Tuesday afternoon meeting. I completely missed that my comments were needed, by the way—at least until I got a follow-up, frantic email Tuesday morning.

This edit is inspired by Navy veteran and author Kabir Sehgal, who suggests that email subject lines with ALL CAPS keywords say right up front what your recipient needs to do with your email.

The military uses keywords to characterize the nature of the email in the subject, he says. For example:

There are more. I would throw in a PLEASE, because that softens the SHOUTY CAPS. But you get the idea.

I like this approach because it requires you to give some thought to what you’re really asking of the recipient. And you’re projecting it right up front.

What I read:
Tuesday, 10:38 AM
“I suggested that he reach out to you to discuss ASAP today.”

You see the potential confusion:

Am I to discuss something today? Or ASAP? (Or both.)

Or did the writer suggest that someone reach out ASAP? Or today? Or today—ASAP?

Or was the suggestion made today?

And this is As Soon As Possible or As Slow As Possible, my rebrand of ASAP?

I read the sentence three times, and finally figured it out.

What I should have read, based on the broader context of the email: “Today I suggested that he reach out to you ASAP to discuss.”

Why: Pay attention to where words appear in relation to others around them. Careless word order can create chaos in a sentence.

Live Edit #3: The Problem with 'Only'

This is a version of #2 above. But I see it so often that I’m calling it out separately.

What I read:
Monday, 10:42 AM
“A new study found people who have only had sex with their spouse tend to be happier in their marriages.”

What I should have read:

"A new study found [that] people who have had sex only with their spouse tend to be happier in their marriages.”

Why: The “only” as a modifier is way (and hilariously) off in the original. “Only” should be in front of “with their spouse.”

Otherwise, it reads like all they did was have sex (“only had sex”) when they've probably had dinner together and watched Netflix occasionally, too. ☺

Ann Handley is the Wall Street Journal bestselling author of two books including Everybody Writes: Your Go-To Guide to Creating Ridiculously Good Content. She’s the Chief Content Officer of MarketingProfs. Her bi-weekly newsletter, Total Annarchy, can help you become a better marketer and writer. 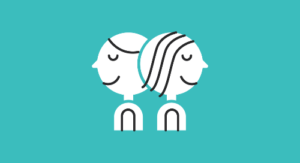 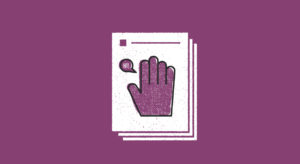