The history of email and the revolution of target marketing

It’s hard to imagine a time when checking email wasn’t part of our daily routine. Over the last four decades or so, email has become integrated into our everyday life. The history of email is quite the fascinating one, so here’s a brief look into the evolution of the inbox.

A brief history of email

When was the last time you took a break from whatever you were doing and refreshed your email? Seriously, think about it for a moment. If you are anything like the majority internet users, you may even have more than one inbox that you are checking multiple times a day. Here’s a fun fact for you: in 2018, there were around 3.8 billion active email addresses in use worldwide. With email getting ready to turn the big 48 this October, let’s take a quick look at the history of email to remind us where it all began.

Shiva Ayyadurai or Ray Tomlinson: Who gets the credit?

Believe it or not, there is some major controversy as to who the father is of the system that we’ve come to know as email.

Those who have an understanding of the history of email will recognize Ray Tomlinson as the one who first developed the system that made use of the @ symbol to send messages between computers. The @ symbol was used to identify addresses. History has it that Ray sent the first email message to himself in 1971, and while he says he no longer remembers the actual message, legend states that it read something like, “QWERTYIOP.”

Where the controversy lays is in who gets credit for creating email as we know it today. Yes, Ray may have credit for the first message sent between computers and the use of the @ symbol for identifying users, but it’s actually Shiva Ayyadurai who owns the copyright for the system developed in 1978 entitled “EMAIL,” and even the user manual that went along with the original system.

The dispute between who invented email as we know it is a topic of hot debate. However, what’s most essential to remember is that the system was a collaborative effort and that it has since come a long way.

The initial purpose of email

Surely, when the program was first created in the ‘70s, the team developing it had no idea just how massive it would grow to become.

The initial programming was developed by the US Department of Defense, the Arpanet. The idea here was to create a program that would allow office staff to communicate between computer terminals via electronic plain text messages.

How has email changed over the last 48 years?

The systems used to send these messages have evolved massively in the last 48 years, and by the looks of it, it’s not going to slow down anytime soon.

It wasn’t until 1981 that the American Standard Code for Information Interchange adopted a process of symbols, letters, and punctuation to store information digitally. In 1985, email had begun to spread in popularity; however, it was mostly used by government and military employees along with academic professionals and some students.

It wasn’t until the World Wide Web was actually created in 1991 that email’s capabilities truly became limitless. When personal computers working on LANs began growing in popularity, server-based systems began popping up. Some early examples include: Over the years, those systems continued to evolve, and before we knew it, more and more people were using the likes of JUNO, AOL, and Hotmail to send and receive emails from not only colleagues but friends and family as well.

Personal communication was a significant reason behind the creation of email in the first place. So, as technology continued to evolve, so did the use of electronic communications. While initial email messaging was done between two individuals, it soon became a way to send the same message to multiple people in the same workplace.

Once email became public and more popular amongst those with personal computers, emails were used not only to send 1x1 communications between individuals but for sending the same message to multiple members in a person’s social circle.

It wasn’t long before businesses learned that they could use this electronic platform for advertising purposes, which helped to user in the era of digital marketing.

Email’s role in the ever-changing world of marketing

While email marketing may seem to be a newer concept, the very first newsletter was sent on December 22, 1977, via Arpanet. This newsletter was named EMMS, aka Electronic Mail and Message Systems, and believe it or not; it ran until 2001. This was the true start of digital and email marketing.

Digital marketing is the art of marketing via digital channels, such as:

While the idea of “digital marketing” may not have been on the forefronts of the minds behind the creation of email, it has since become the most cost-effective form of marketing for businesses today.

Email marketing is a form of digital marketing, and, as mentioned before, it is one of the most cost-effective form of marketing today. Currently, email marketing generates the highest return on investment for brands, returning an average of $38 for ever $1 spent.

As technology continues to evolve, so do the marketing experts. As email continued to grow in popularity amongst consumers for personal communications, businesses began to catch on and started formulating ideas to help them grow closer to their customer base. The problem with reaching consumers in their inboxes was that they could easily be marked as SPAM and that not only hurt their overall spending but defeated the purpose of sending out these emails.

Blindly sending mass email communications never worked out very well, and with the introduction of various email laws and regulations, it required marketing teams to tailor their email marketing efforts to suit their reader's needs, not their own.

Creating a customer-centric experience through email

How is a brand supposed to see a return on investment if they are required to focus on the needs of customers and not their own? That question may have been difficult in the year’s past. However, in this digital age, there are quite literally thousands of ways to tailor your email messages to your customers to convince them that you are the solution to whatever their needs are.

In order to cater to your customer’s needs, you need to understand who exactly your audience is. If we’ve learned anything from the history of email, it’s that you can’t simply fire off mass emails to everyone. This isn’t only a waste of your valuable time and budget, but it doesn’t create a pleasant experience for those who don’t know who you are or how you’ve landed in their inbox.

Bring back the idea of 1x1 communication and keep in mind that you want to reach those who want to get to know you and who may be highly interested in what you have to offer.

Once you’ve defined who your ideal audience members are, it’s time to start creating and email marketing campaign that will not only catch their attention, but will entice them into acting. Depending on the type of business you run, you want to make sure you are tailoring your campaigns to the reader, and that means convincing them to take action by clicking on a hyperlink or call to action button.

The design of your message plays a significant role in this phase, so make sure you are choosing an email campaign that suits their current needs. Email campaign ideas can include:

Knowing who your audience members are is a significant part of the puzzle; However, that doesn’t necessarily mean you know what they will react well to as far as design and content go. That’s where testing and reevaluating your campaigns comes into play.

The history of email taught us many lessons, including that you need to always keep reworking your programming to better suit your audience’s needs. A/B testing allows email marketers to do just that. This process allows you to test various parts of your email, including design and content, and send the variations out to small samplings of your email list. The one that performs the best can then be sent out to the rest of your list. To ensure that your email marketing efforts are worth it and pay off, you want to make sure you are creating and sending customer-centric messages—always. So, keep these tips in mind:

Need to revamp your email marketing strategy? Check out these 3 newsletter design ideas to help you shake things up! 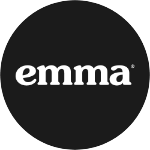